Long before the present village of Grand Rivers came into being, before the rivers were dammed into lakes, before the discovery of the iron ore that brought prosperity and big dreams, before the earliest white settlers came into the region, there were people here. Native tribes were in this area where the rivers now known as the Tennessee and the Cumberland came closest together, and the water and the land provided a plentitude of fish and game. Nestled in the same valley as the present village the native people were here longer than anyone knows. Long before recorded history.

But in the late eighteenth century, the new people began to move inexorably westward. People of Scots, Irish and German ancestry began slowly to establish farms and settlements in the land that came to be known as “between the rivers”. And starting as early as 1850 there were permanent residents in the area where Grand Rivers now exists.

But in the early 1800s came the discovery that changed everything. Iron ore was found here and men came west to seek their fortunes. Iron brought riverboats and the railroad and new settlers by the wagon load. In 1890 Thomas Lawson and others founded the Grand Rivers Company with the dream of creating a great city on the western frontier and for a while, that dream seemed tantalizingly possible. In time prosperity brought forth a city of several thousand people with fine homes and substantial commercial structures. But fortune did not smile for long on this new Jerusalem. By 1920 the iron industry had played out, Mr. Lawson had moved on, and so had most of the others.

For several decades the town slowly declined and most of the once-grand buildings were lost to fire or demolition. Then came the Great Depression, President Roosevelt, and his team, and new government programs including the Tennessee Valley Authority. Dams were built along the Tennessee River culminating with the construction of the Kentucky Dam which impounded Tennessee into Kentucky Lake and brought flood control, new prosperity, a new vision, and profound changes to a region languishing in poverty. Hydroelectric power brought cheap electricity and industry to an area that until then had little or none of either.

But the new body of water brought something else, something perhaps not fully anticipated. The creation of Kentucky Lake in 1945 brought an entirely new industry to the region: recreational tourism. Resorts and marinas sprouted along the lake shores. Where fishing skiffs, john boats, and rafts once plied the rivers, visitors to the lake now brought and bought sailing craft and cabin cruisers.

And the boom in river transportation and water recreation ultimately led to the construction of Barkley Dam on the Cumberland River which made the narrow and winding Cumberland more easily navigable. This second lake also allowed the creation of a great National Recreation Area – albeit at much personal sacrifice and cost to the people whose families had lived there for generations. The land between the rivers had become the Land Between the Lakes and the village of Grand Rivers recreated itself as a destination for those wishing to “go to the lakes”.

Steeped in history and rooted in Southern Charm, Grand Rivers, Kentucky and the surrounding lakes area is a history lover’s dream come true. Whether you’re a history buff who enjoys being immersed in times gone by or just want a picnic spot with breathtaking views, these are most-sees in Grand Rivers and the lakes area.

The Thomas Lawson House is a two-and-a-half story Queen Anne-style house. The home was constructed in 1895. The home was built by Grand Rivers founder Thomas Lawson and is a reminder of the brief iron boom era of the late 19th century. The boom created a city of several thousand people with fine homes, an iron furnace, machine shop, and a hotel. In 1978, It was listed on the National Register of Historic Places.

Located on Hwy 453 at the entrance to Lighthouse Landing

The furnace was located 1/2 mile west of the marker, and built in 1890~91, by Thomas Lawson’s Grand Rivers Company. Two stacks, each one 60 foot high, together could produce 45,000 tons of Iron yearly, using coal for fuel until 1901, and coke after that. These blast furnaces were dismantled in 1921.

Located along the walking trail.

Along the walking trail in “The Village Between The Lakes” there are history and informational monuments. The monuments display information and photos of individuals and items that have played a role in the founding, development and history of Grand Rivers, Kentucky.

4512 The Trace, Dover, TN
Land Between The Lakes

A Living History Museum and working farm located in southern Land Between The Lakes. Experience life on the farm in the mid-1800’s. Interpreters dressed in period clothing, restored historic log cabins and structures, farm animals, and traditional seasonal activities step you back in time to relive life on a farm before the Civil War.

The Trace
Land Between The Lakes

The Great Western Iron Furnace is located on the site where Model, TN, once stood. The Furnace remains are located along The Trace, south of The Homeplace 1850’s Living History Museum. The area iron furnaces of the mid- to late-1800’s contributed to a regional industry that stretched from Western Kentucky to Middle Tennessee.

Located on Hwy 453 at the entrance to Lighthouse Landing

The furnace was located 1/2 mile west of the marker, and built in 1890~91, by Thomas Lawson’s Grand Rivers Company. Two stacks, each one 60 foot high, together could produce 45,000 tons of Iron yearly, using coal for fuel until 1901, and coke after that. These blast furnaces were dismantled in 1921. 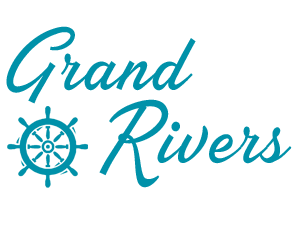